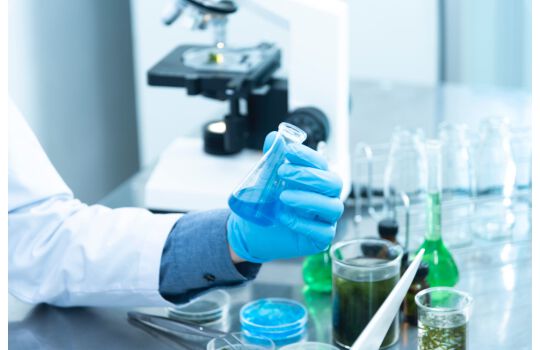 Sodium bromide is an inorganic compound with the formula NaBr. It is a high-melting white, crystalline solid that resembles sodium chloride. It is a widely used source of the bromide ion and has many applications.[7]

NaBr is produced by treating sodium hydroxide with hydrogen bromide.

Sodium bromide can be used as a source of the chemical element bromine. This can be accomplished by treating an aqueous solution of NaBr with chlorine gas:

2 NaBr + Cl2 → Br2 + 2 NaCl
Applications
Sodium bromide is the most useful inorganic bromide in industry.[7] It is also used as a catalyst in TEMPO-mediated oxidation reactions.[9]

Bromo-Seltzer newspaper ad (1908)
Also known as Sedoneural, sodium bromide has been used as a hypnotic, anticonvulsant, and sedative in medicine, widely used as an anticonvulsant and a sedative in the late 19th and early 20th centuries. Its action is due to the bromide ion, and for this reason potassium bromide is equally effective. In 1975, bromides were removed from drugs in the U.S. such as Bromo-Seltzer due to toxicity.[10]

Disinfectant
Sodium bromide is used in conjunction with chlorine as a disinfectant for hot tubs and swimming pools.

Safety
NaBr has a very low toxicity with an oral LD50 estimated at 3.5 g/kg for rats.[6] However, this is a single-dose value. Bromide ion is a cumulative toxin with a relatively long half life (in excess of a week in humans): see potassium bromide.