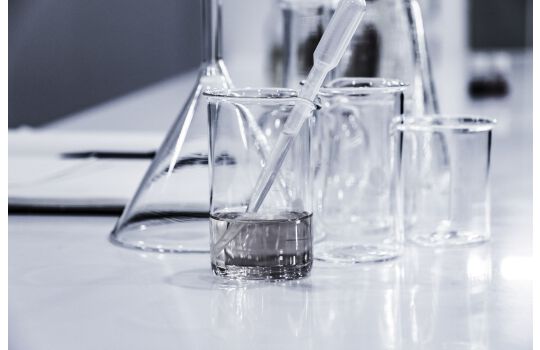 Butanone, also known as methyl ethyl ketone (MEK),[a] is an organic compound with the formula CH3C(O)CH2CH3. This colorless liquid ketone has a sharp, sweet odor reminiscent of butterscotch and acetone. It is produced industrially on a large scale, and also occurs in trace amounts in nature.[6] It is soluble in water and is commonly used as an industrial solvent.[7]

CH3CH(OH)CH2CH3 → CH3C(O)CH2CH3 + H2
This is used to produce approximately 700 million kilograms yearly. Other syntheses that have been examined but not implemented include Wacker oxidation of 2-butene and oxidation of isobutylbenzene, which is analogous to the industrial production of acetone.[6] The cumene process can be modified to produce phenol and a mixture of acetone and butanone instead of only phenol and acetone in the original.[8]

Both liquid-phase oxidation of heavy naphtha and the Fischer-Tropsch reaction produce mixed oxygenate streams, from which 2-butanone is extracted by fractionation.[9]

Applications
As a solvent
Butanone is an effective and common solvent[7] and is used in processes involving gums, resins, cellulose acetate and nitrocellulose coatings and in vinyl films.[10] For this reason it finds use in the manufacture of plastics, textiles, in the production of paraffin wax, and in household products such as lacquer, varnishes, paint remover, a denaturing agent for denatured alcohol, glues, and as a cleaning agent. It has similar solvent properties to acetone but boils at a higher temperature and has a significantly slower evaporation rate.[11] Unlike acetone, it forms an azeotrope with water,[12][13] making it useful for azeotropic distillation of moisture in certain applications. Butanone is also used in dry erase markers as the solvent of the erasable dye.

As a plastic welding agent
As butanone dissolves polystyrene and many other plastics, it is sold as "model cement" for use in connecting parts of scale model kits. Though often considered an adhesive, it is actually functioning as a welding agent in this context.

Other uses
Butanone is the precursor to methyl ethyl ketone peroxide, which is a catalyst for some polymerization reactions such as crosslinking of unsaturated polyester resins. Dimethylglyoxime can be prepared from butanone first by reaction with ethyl nitrite to give diacetyl monoxime followed by conversion to the dioxime:[14]

Preparation of dimethylglyoxime.png
In the Peroxide process on producing hydrazine, the starting chemical ammonia is bonded to butanone, oxidized by hydrogen peroxide, bonded to another ammonia molecule.

Pechiney-Ugine-Kuhlmann process.png
In the final step of the process, a hydrolysis produces the desired product hydrazine and regenerates the butanone.